The Tour de France is perhaps the most anticipated and often considered one of the most gruelling cycling grand tours. The route changes over 21 stages each year.

At the end of the race, the winners are presented with their trophies and jerseys at the finish on the Champs-Élysées. Since 2011, the trophy set has been designed by ŠKODA and crafted in the Czech Republic. The 60cm high sculptures are masterpieces in themselves. Each one is hand-blown crystal and cut by hand – individually taking around 23 hours. The trophy for the winner of the green jersey, which is awarded to the winner of the points classification is crafted from green glass.

The trophy’s basic form has stayed the same since the 2011 season. Wide at the bottom to represent the wider field of contestants at the start of the race. Narrow at the middle as the mountain stages whittle down the racers. Then an angled cut to represent the winner of the golden jersey cutting off the competition. 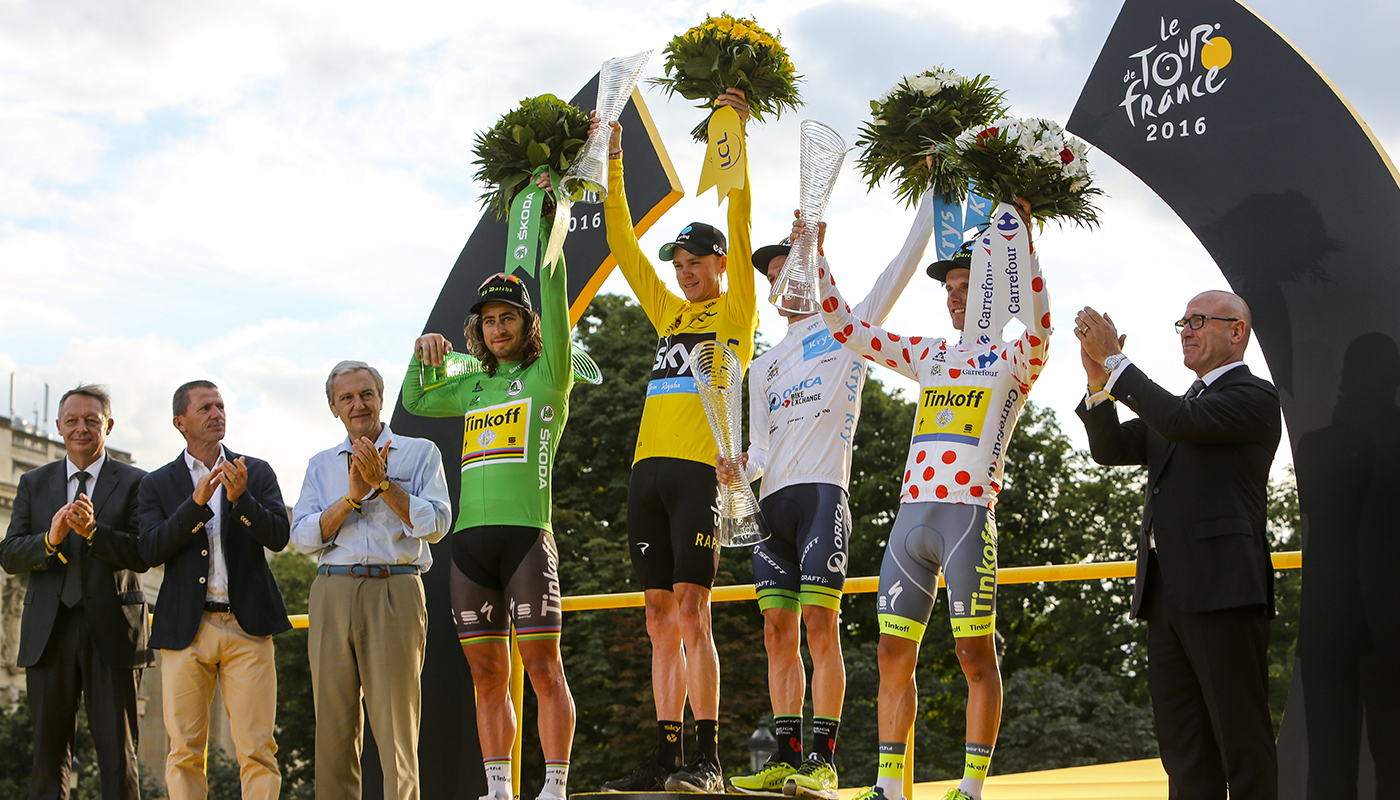 The 2016 trophies are cut with a circular design to symbolise a spinning bicycle wheel, paying tribute to ŠKODA’s origins. They had started with the manufacture of bicycles over 120 years ago. 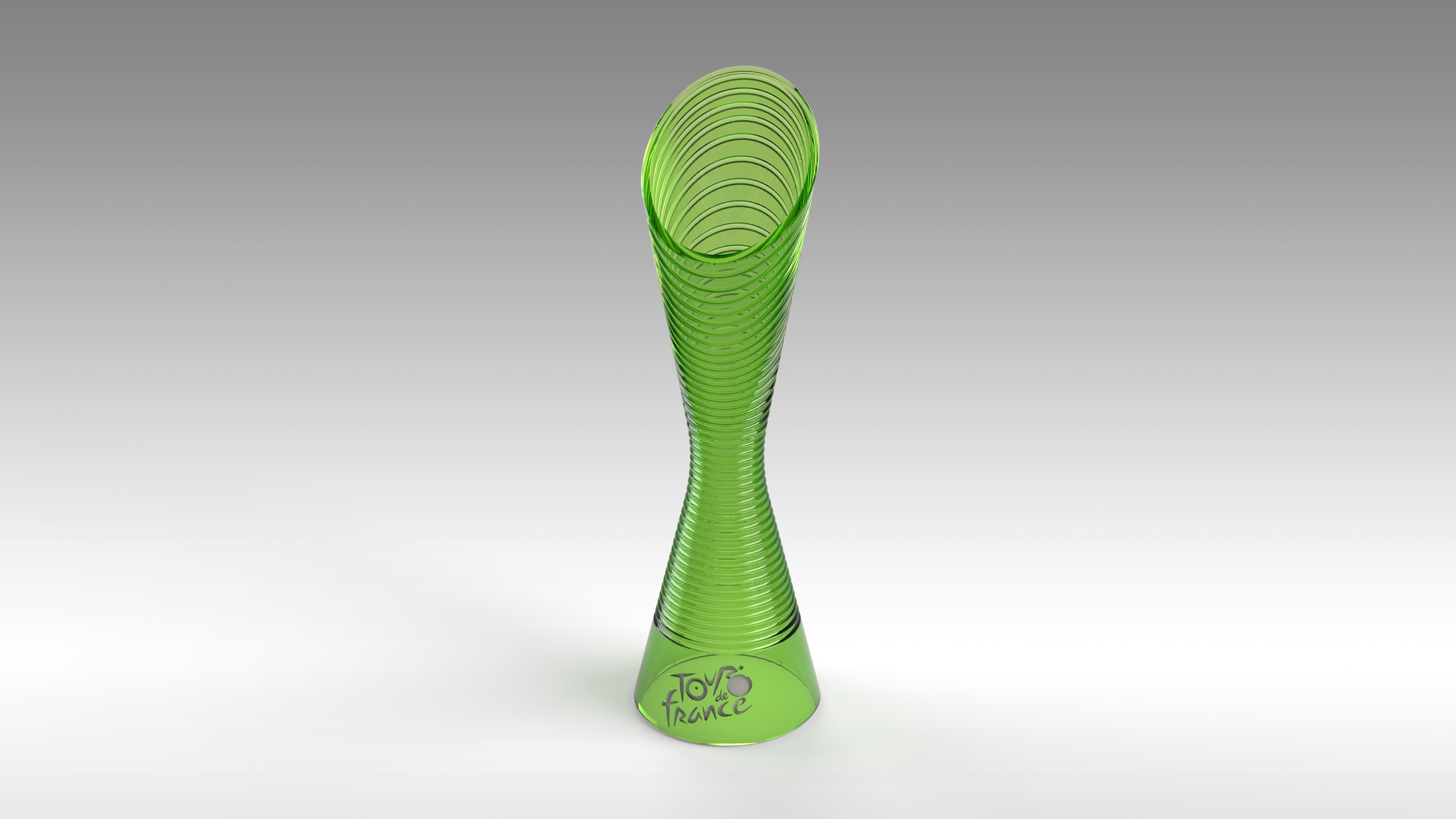 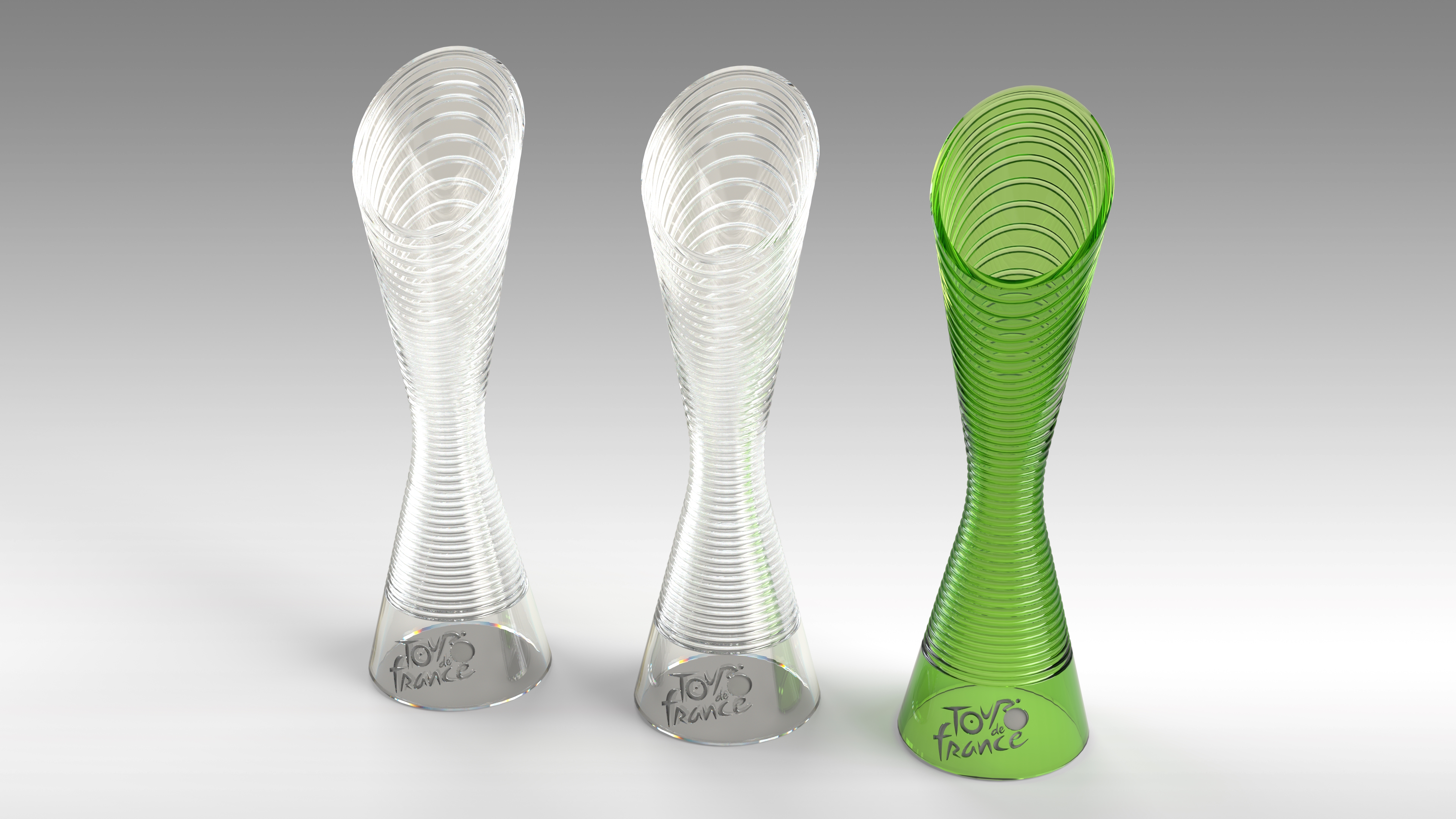 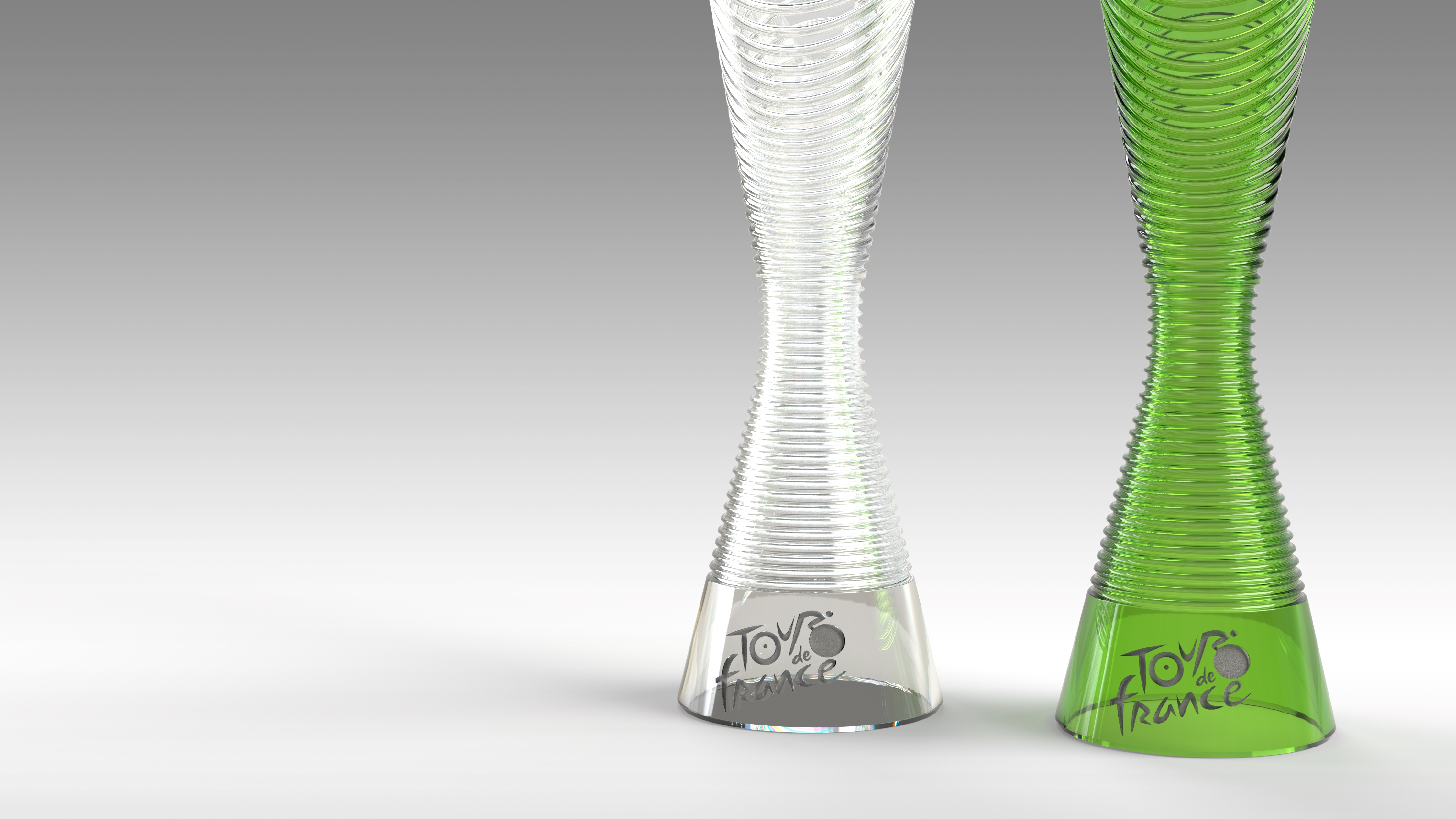 To learn anything else about SOLIDWORKS Visualize then have a look at our Visualize page.