These equations solve for the continuity of mass and momentum and state that the mass times the acceleration is proportional to the force acting on a fluid particle.

These are complex equations to solve for humans, luckily computers are excellent at solving equations. With a few boundary conditions defined by the user SOLIDWORKS solves the equations for us.

The nozzle above goes from having a 0.5m Diameter to a 0.25m diameter. The reduction in area should lead to an increase in Velocity of the fluid.

If the inlet velocity of the water is 2 m/s what is the velocity at the outlet?

Working this out by hand we use the equation:

In SOLIDWORKS We set the inlet boundary condition to 2m/s and the outlet to environmental pressure.

We can then set a surface goal to get the velocity at the outlet.

As we can see here SOLIDWORKS is able to accurately solve for the outlet velocity.

We can see the validation for a very simple section of pipe. In the next example we will discuss external flow over a bluff body.

There are numerous peer reviewed studies on the effects of flow around bluff bodies. In this section I will take a look at recreating some results from these studies to show the difference in Reynolds number to the flow.

To do this I modelled a cylinder of diameter 50mm with an extrusion of 200mm, the extrusion length is arbitrary as I used a 2D computational domain.

Editing the definition of the domain to better show the areas of interest. For low Reynolds numbers this will be around the cylinder, but for larger to see the vortices the computational domain extends past the model. 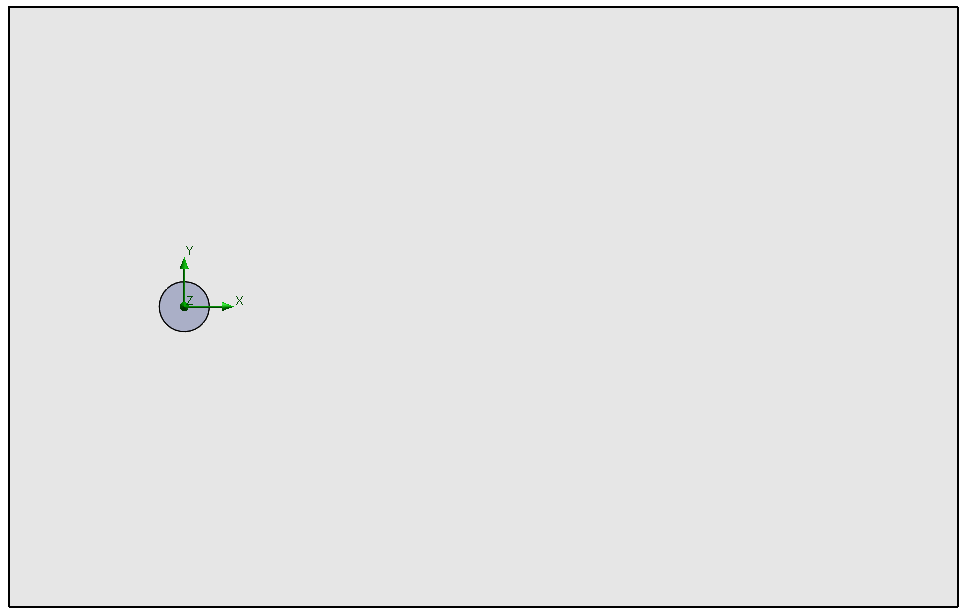 The three examples below show steady state flow at different velocities of air. 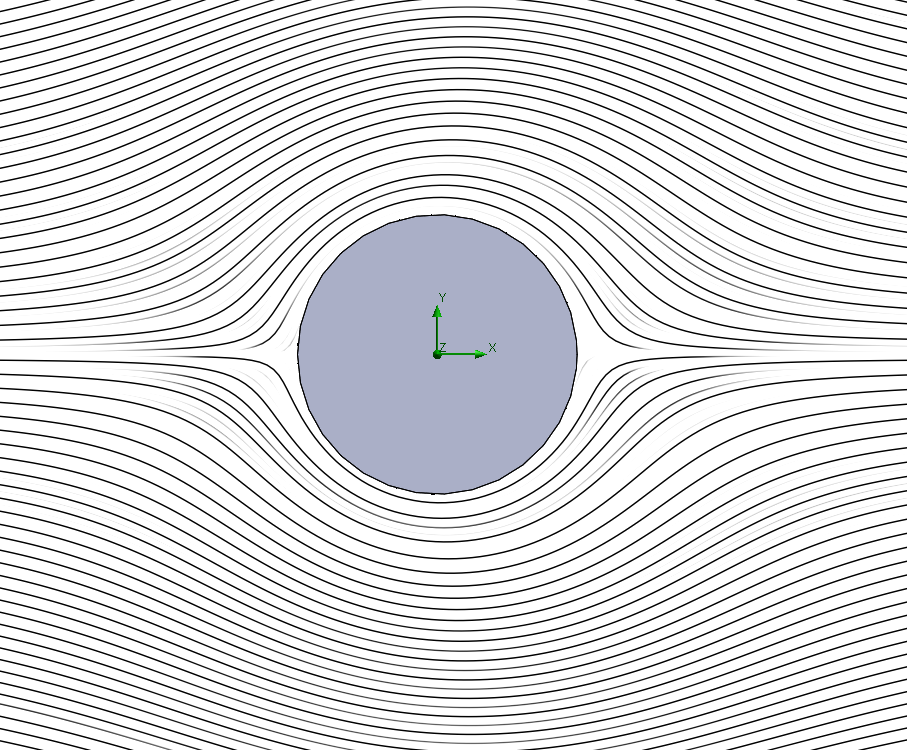 Here we can see at very low Reynolds number that the flow does not separate and the pressure gradient pushes the flow around the body.

We can see the separation of the boundary layer towards the back of the cylinder, this area has slightly less pressure than the same point in the front of the cylinder. 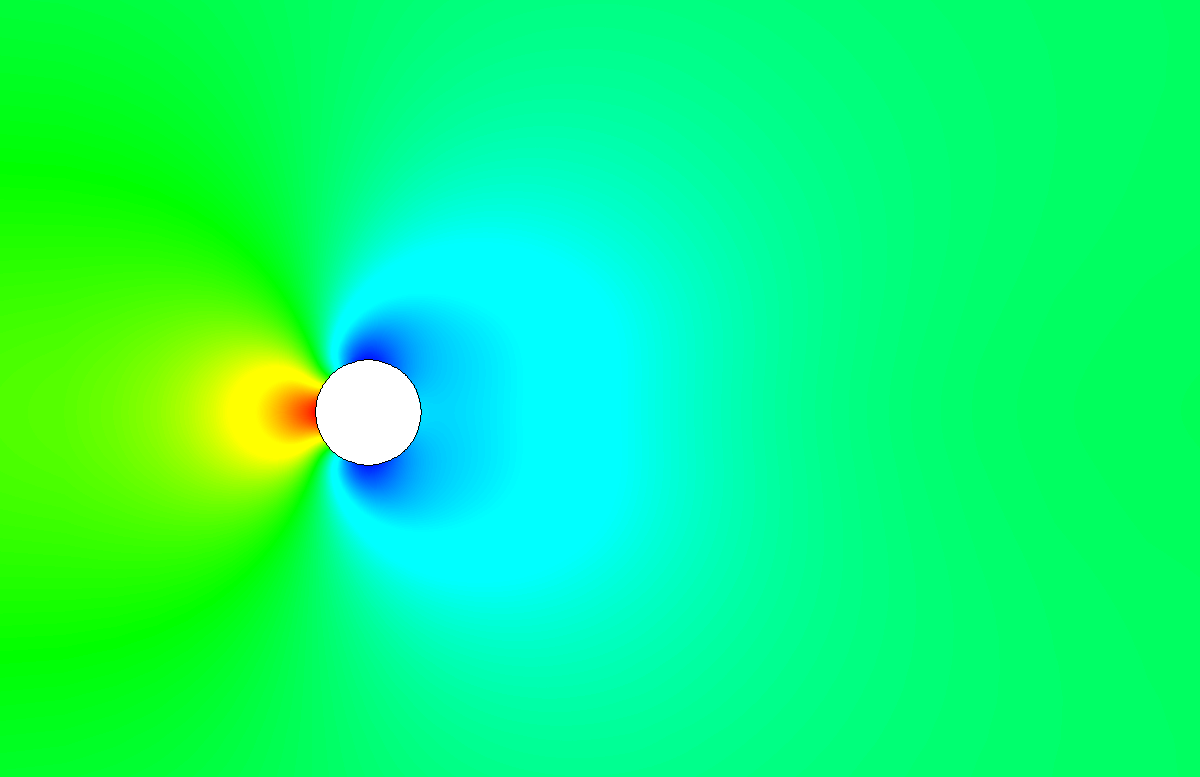 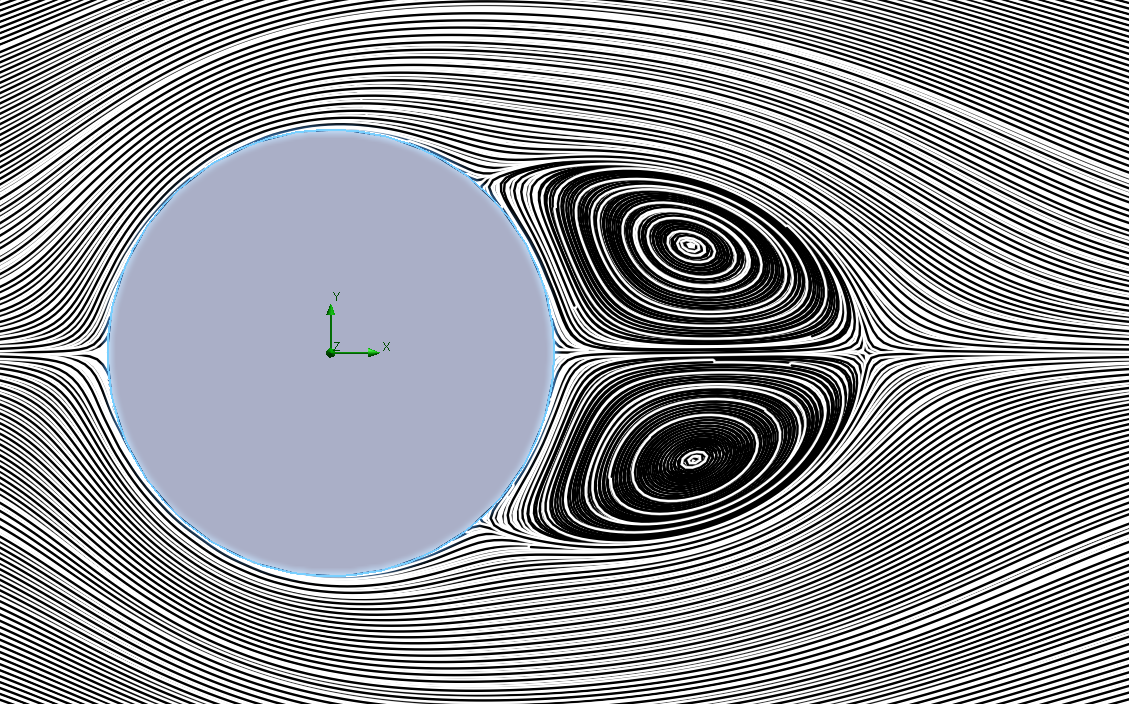 In this study we can see the build of vortices at the rear of the cylinder. This is causing pressure drag.

Increasing the velocity again we can start to see vortices being shed. This is visible in a static study but using Animation within SOLIDWORKS we can visualize better with a transient study.

SOLIDWORKS flow is capable of accurately simulating flow in the laminar and turbulent stages. It also has an option to study high mach number flow.

The study below was ran with a wind speed of 410 m/s making it supersonic flow. This complex study took thousands of iterations and a reduced mesh density to reduce solve time. From this we can see the known effects of travelling at supersonic speeds. 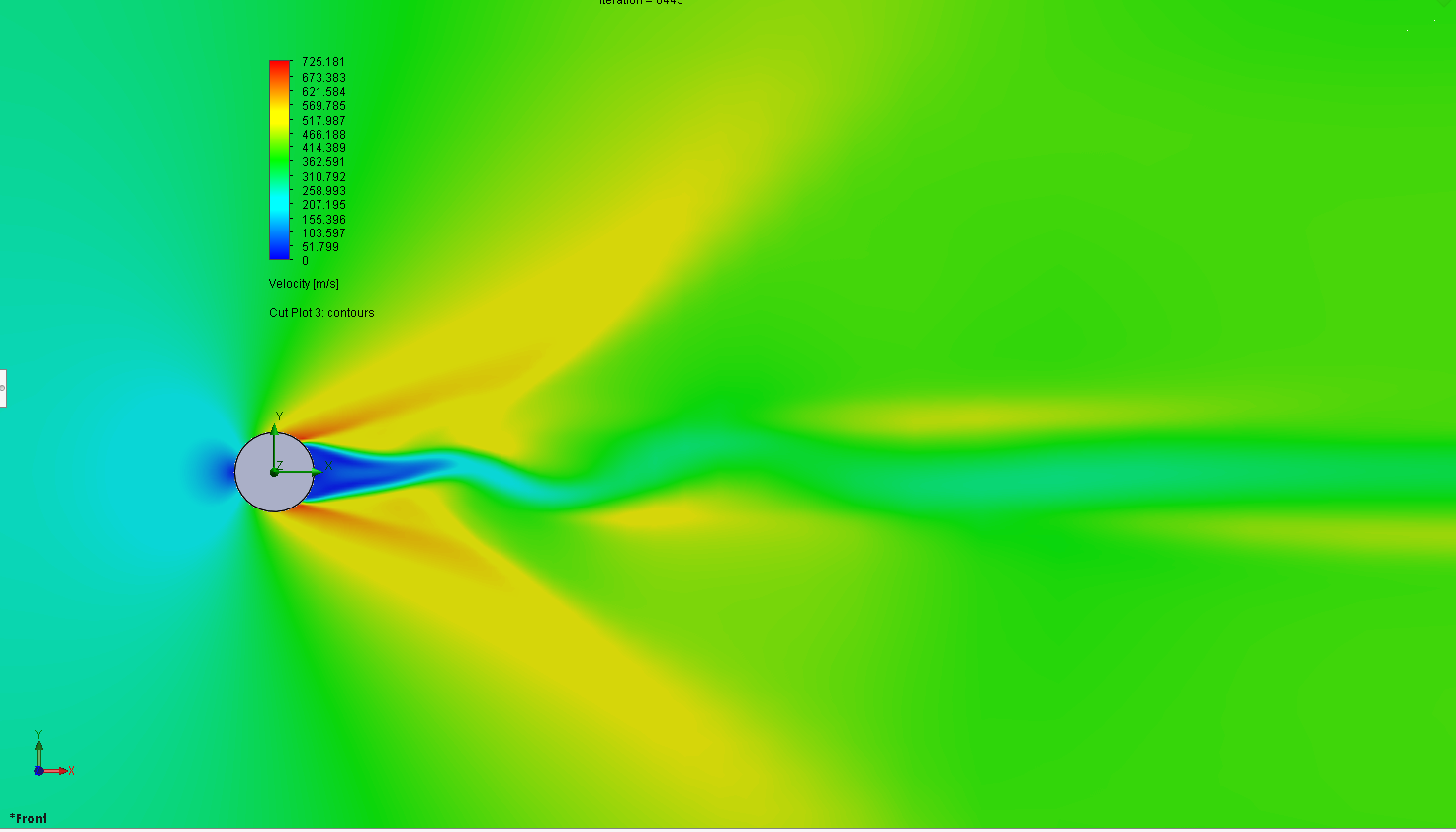 These are just a few examples of what SOLIDWORKS flow has to offer not including radiation, heat transfer in solids, cooling of electrical equipment. From this you should see how powerful and capable the software is over a broad range of studies.