I have created a simple workflow to better display the ideas discussed in this blog. In an actual implementation the approval process may contain more states, I have reduced it to just one here.

CAD files created will enter the initial state “WIP” once complete the files will be sent for approval. Other PDM users do not require visibility of the CAD files. They only need to see PDF documents. To control this, I have created a PDF Released state where vision can be granted. 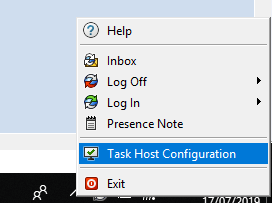 To do this right click on the PDM Blueberry and select Task Host Configuration then permit the machine to the task Add-in. 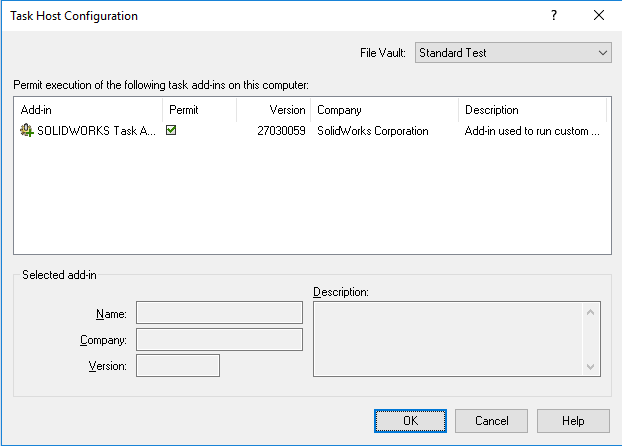 In the Administration tool select the convert task. Here you have all the options available for the conversion. For Output path this can be changed to enter a specific folder or the folder of the existing part. I also include the word “issue_” followed by the revision variable which can be useful when controlling files in the workflow. 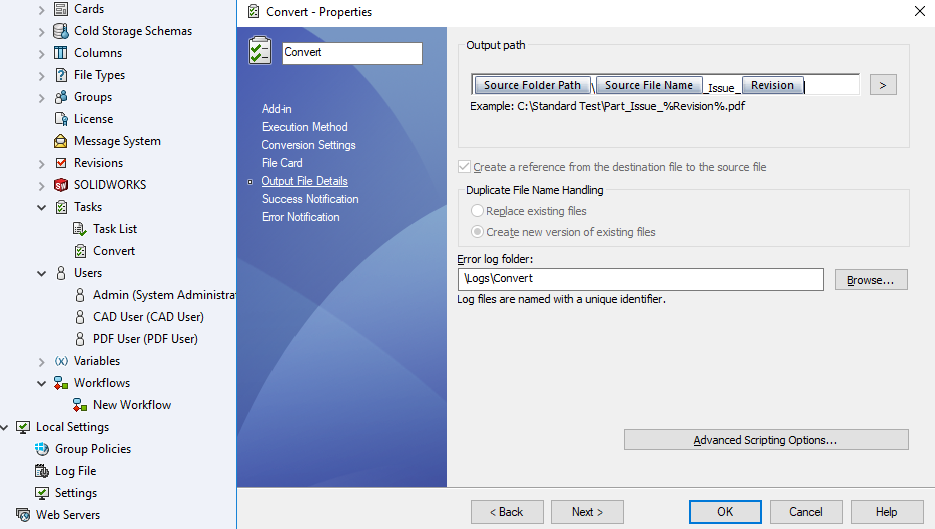 It is also beneficial to include the Successful and failure notifications. Doing this will notify the selected group or people that the process has been successful and the file is ready to be viewed. They will get this notification once they log in to PDM.

The error notification can be sent to just the user who initiated the task or to the group who can identify the issue. I like to include which machine the task was initiated on, as I normally check the task host configuration first. 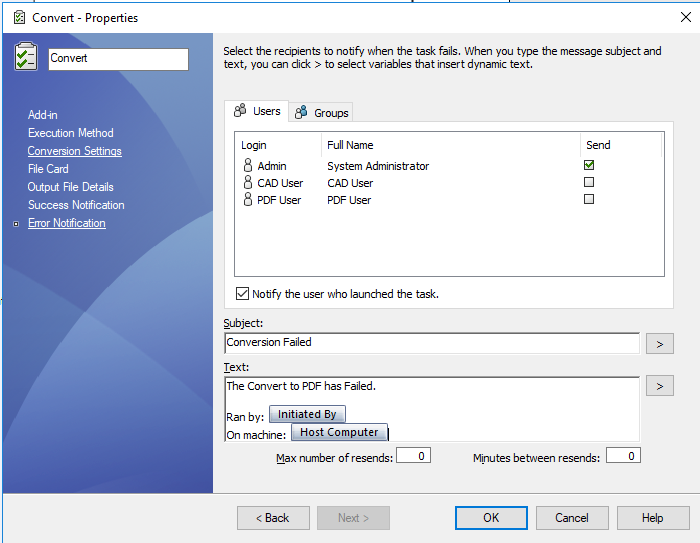 To include the conversion in the workflow, we need to attach the task with a state. This can be an approval or released state.

To do this, edit the transition “Approve” and add an action. 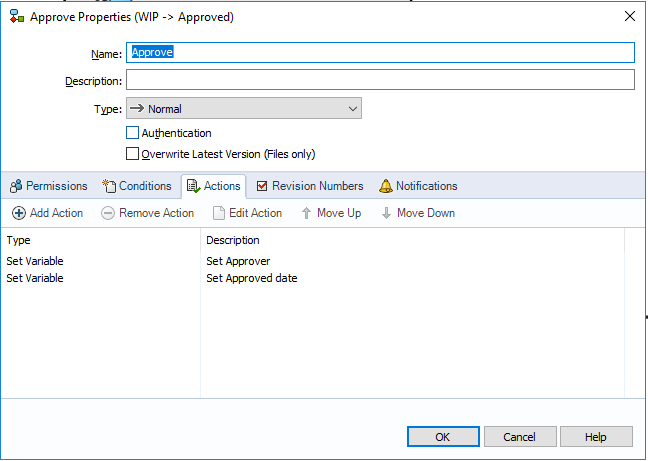 Then add an action using the Execute Task option. 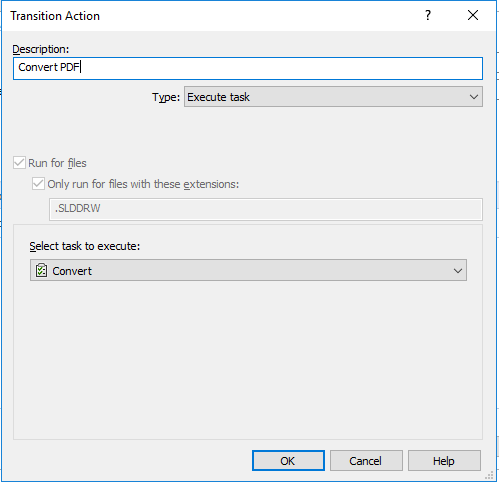 The conversion to pdf will create a pdf and add into the vault under WIP state. We can add a control to the transition between WIP and PDF release to only allow pdf files. Other restrictions can be put in place as well, matching the PDF filename with what is allowed to transition. Such as containing words like “issue_”. 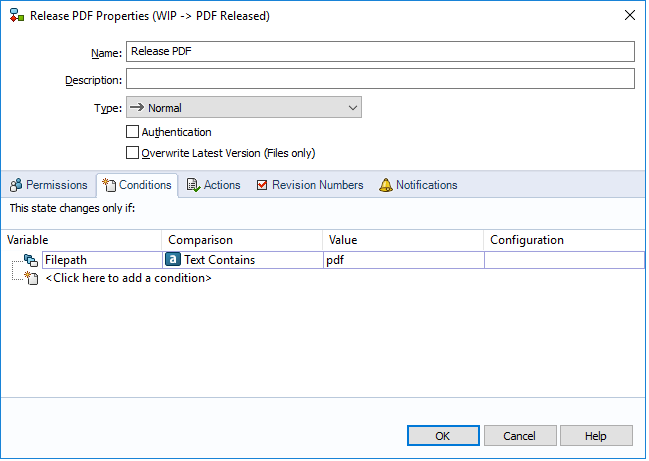 Finally, we can add the state permissions for the user to read file contents of the PDF Released state and clear them from the other states. 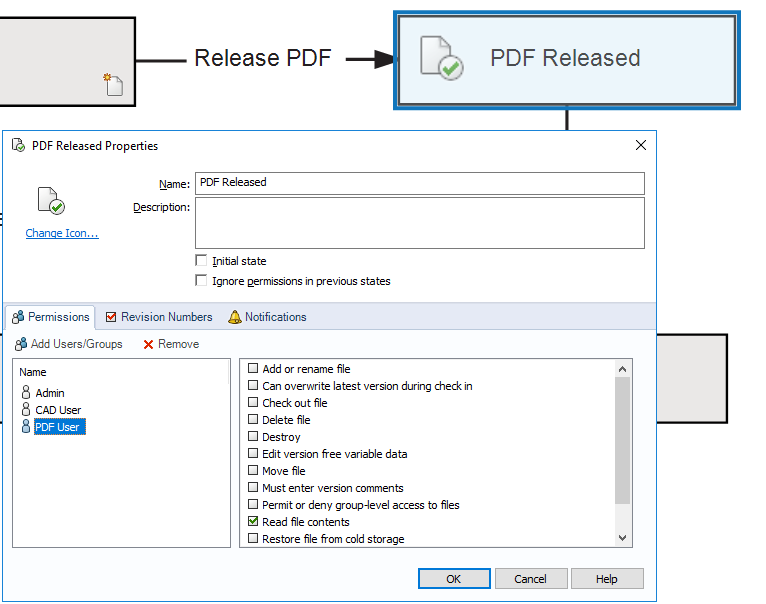 This is a simple way of controlling the documentation in the vault allowing for users to automate PDF creation and control which groups have access to what files. This can be built upon to include other states and transitions.